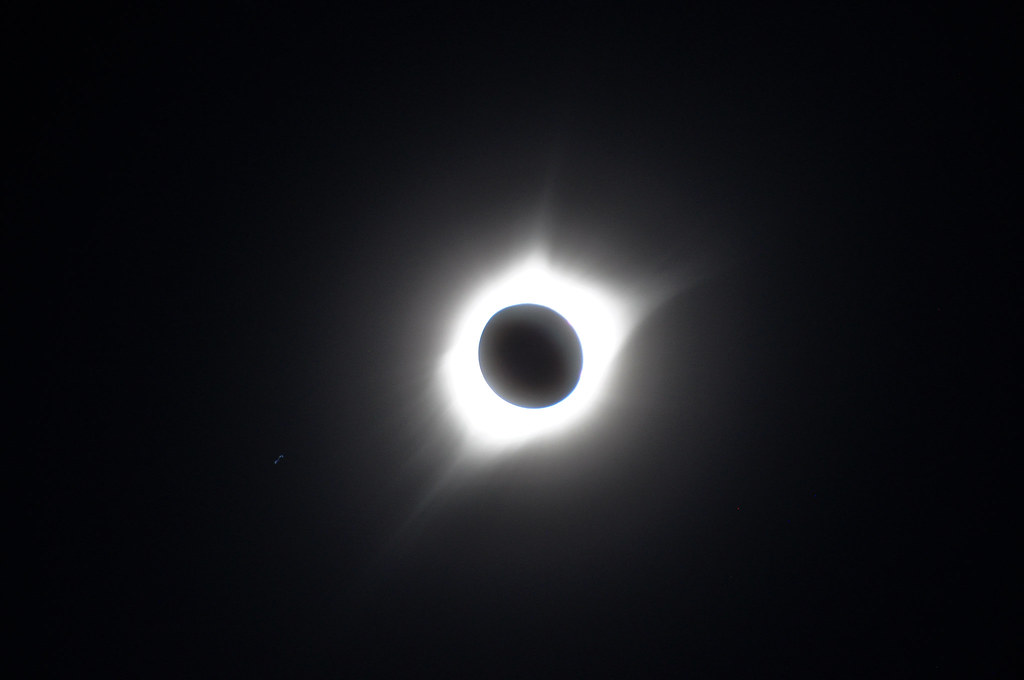 A total solar eclipse is something to behold. I have seen partial solar eclipses and thought highly of them, especially if the foreground had some interesting objects or the sun's surface had sunspots. This was my first visit to the zone of totality. It brought me to Fairmont, Nebraska where about 5,000 other eclipse enthusiasts gathered on Monday, August 21 to view the event.

The morning leading up to the eclipse was filled with clouds from a passing thunderstorm with periods of open blue skies. At totality the sky near the sun was mostly cloud free, which only accented the most wondrous sky event that I have witnessed.

Photos, films and video cannot do the totality event justice because of all the rapidly changing sky conditions, the crowd's reaction, and the grandeur of the what is being witnessed. To see the solar corona develop as the moon completely covers the sun is spectacularly unforgettable.

Do yourself a favor and make plans to see a total solar eclipse in person. For the US, that would be on April 8, 2024. I still have more photos of this event that I will post soon - more of what was happening with the crowds.
Posted by 42N at 10:10 AM No comments: 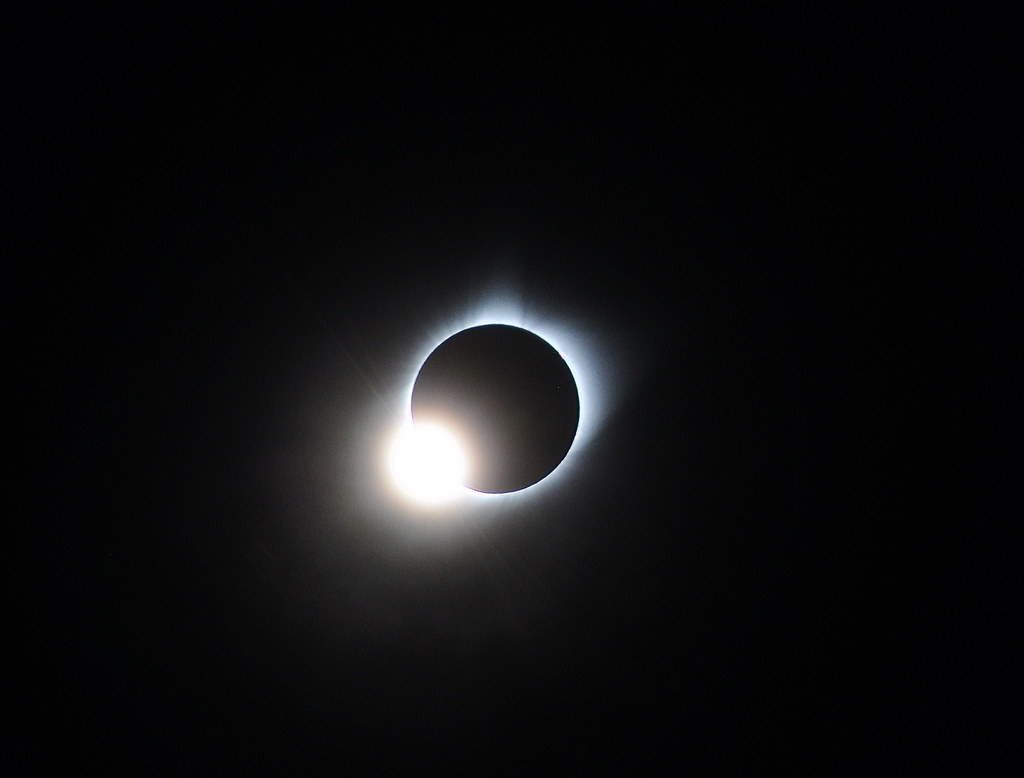 What a spectacular event! A total solar eclipse is something that everyone should experience. At a well planned, town hosted site in Fairmont, Nebraska some 5,000 people gathered from all over to see totality on August 21, 2017. I took several photos of eclipse enthusiasts and of course the two celestial orbs doing their dance, that I will post soon. 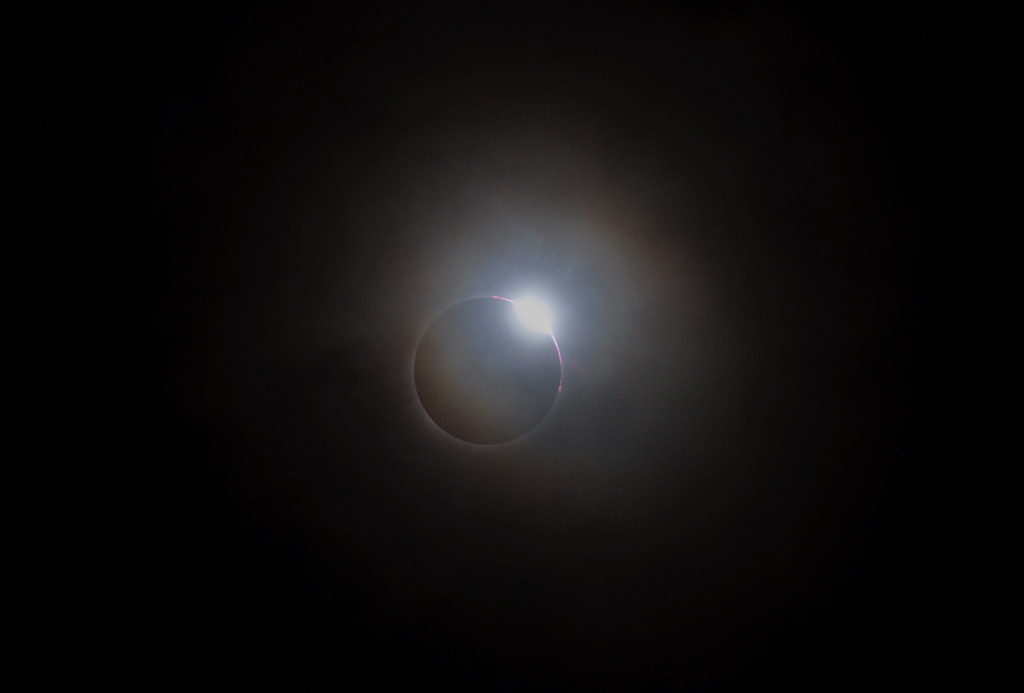 Clouds had been around for most of the morning leading up to the total eclipse. Totality started out with little to no clouds but gained a few more wisps in just a few minutes. The bottom photo shows the exiting diamond ring effect with clouds acting as a frame. Look close and see the solar prominence, large, bright features extending outward from the Sun's surface at the noon to four o'clock position.

One thing that I learned - even the best photos and videos cannot do justice to the totality experience. So many changes occur in the minutes or seconds before totality - like the rapid darkening of the earth's sky, the slight decrease in air temperature, the expansion of the solar corona and so forth. I'll get more photos posted as soon as I can.
Posted by 42N at 10:12 PM No comments: 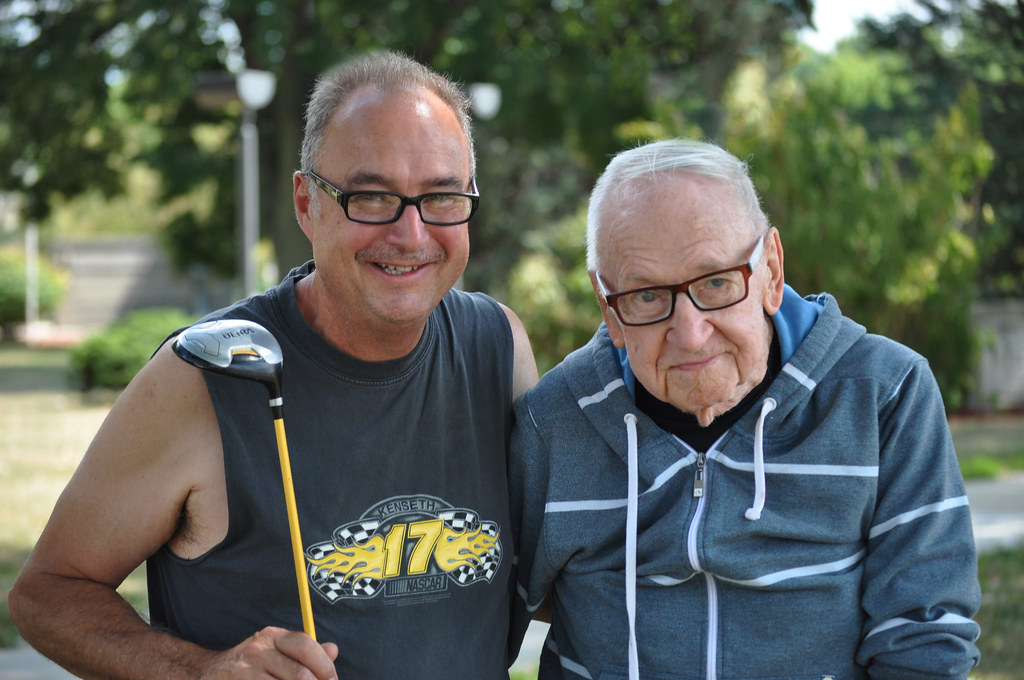 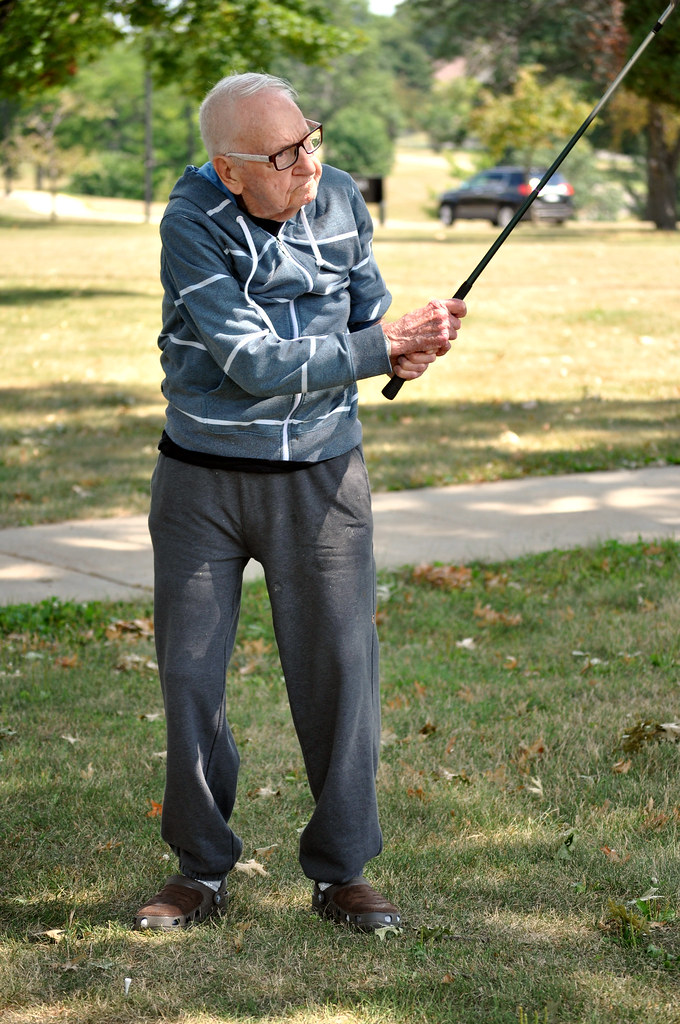 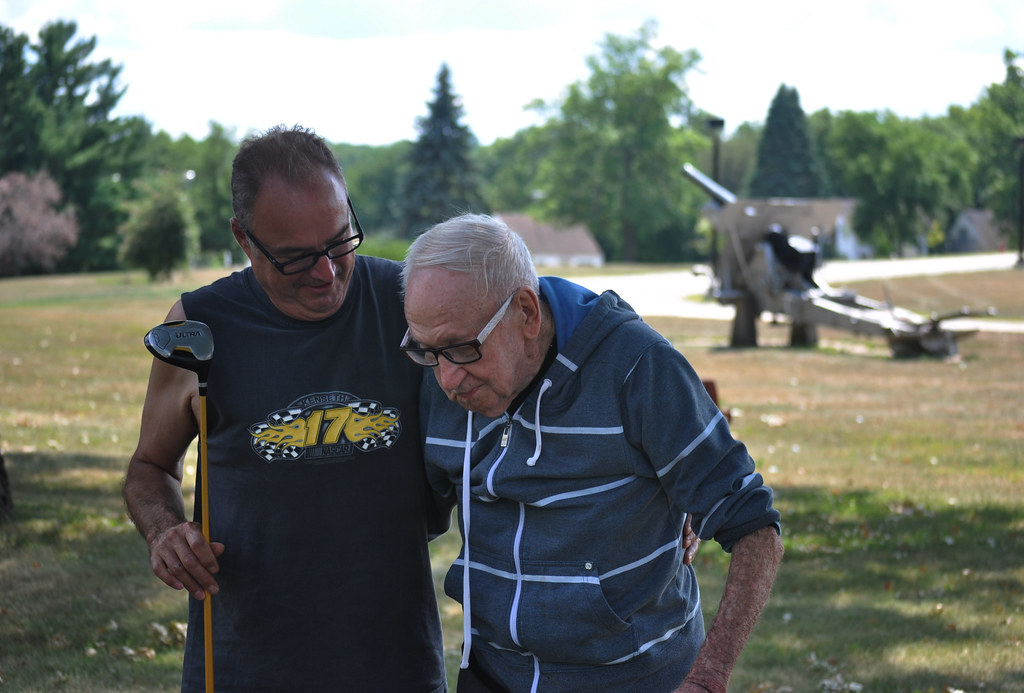 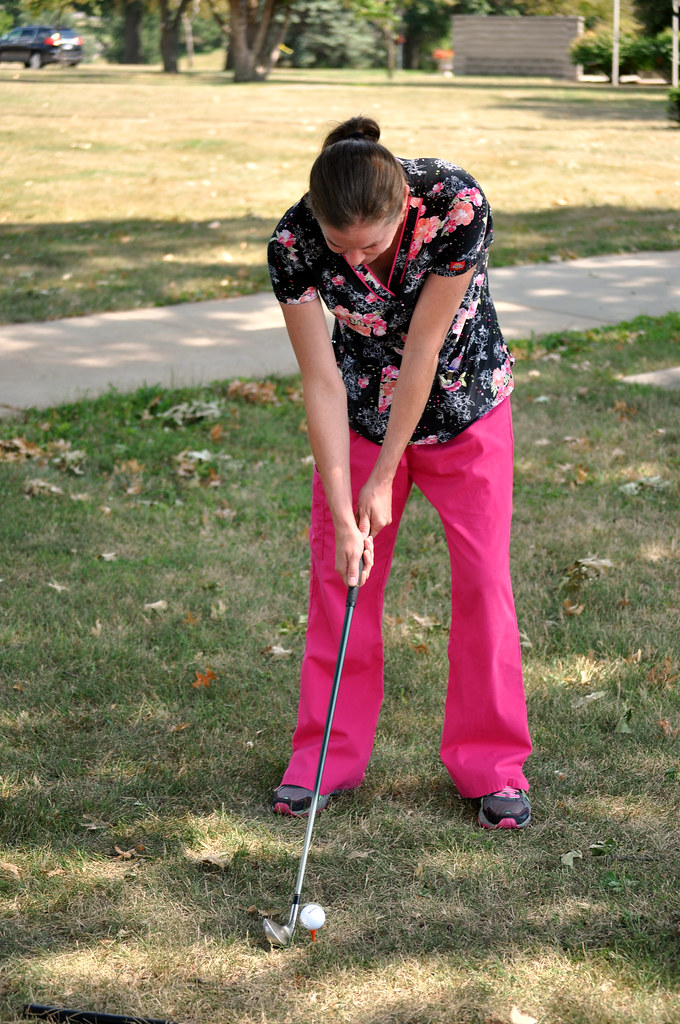 Iowa Elk at a Summer's Rest 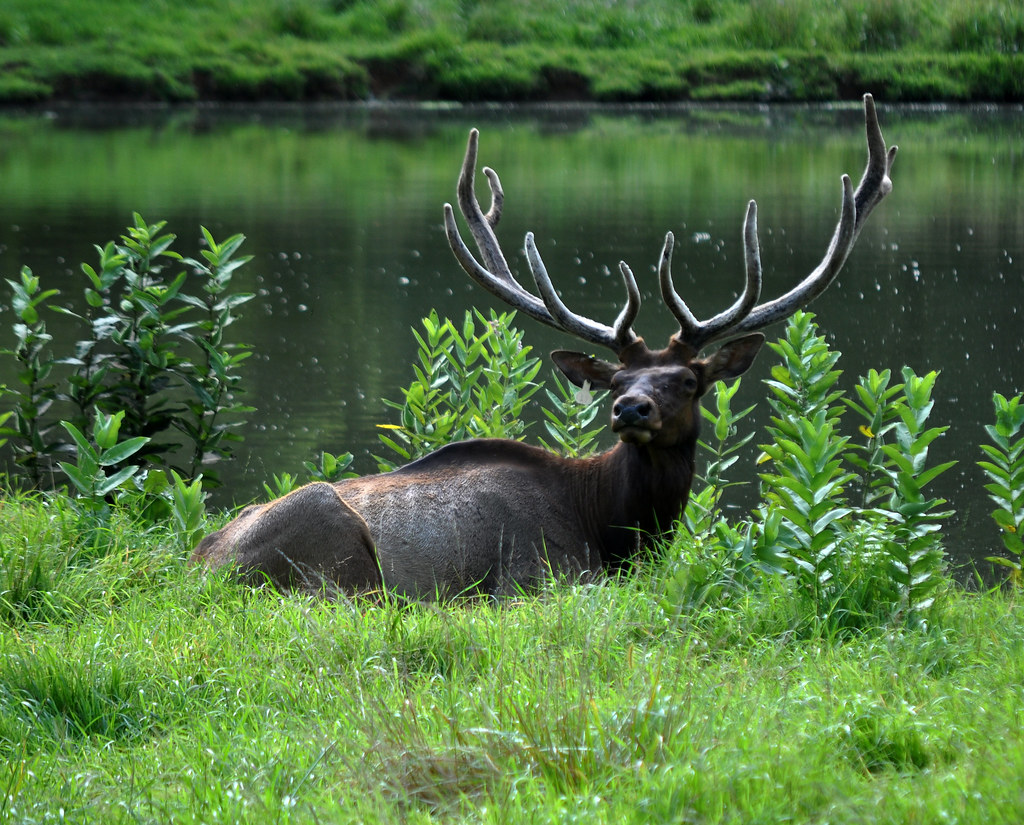 Photo assignment - snap anything outdoors. So I headed north and found a male elk watching over his herd at the Alexander Wildlife Area at Pinicon Ridge Park (a Linn country park) near Central City, Iowa.
Posted by 42N at 10:29 PM 1 comment:

And in the End There's Dissolution 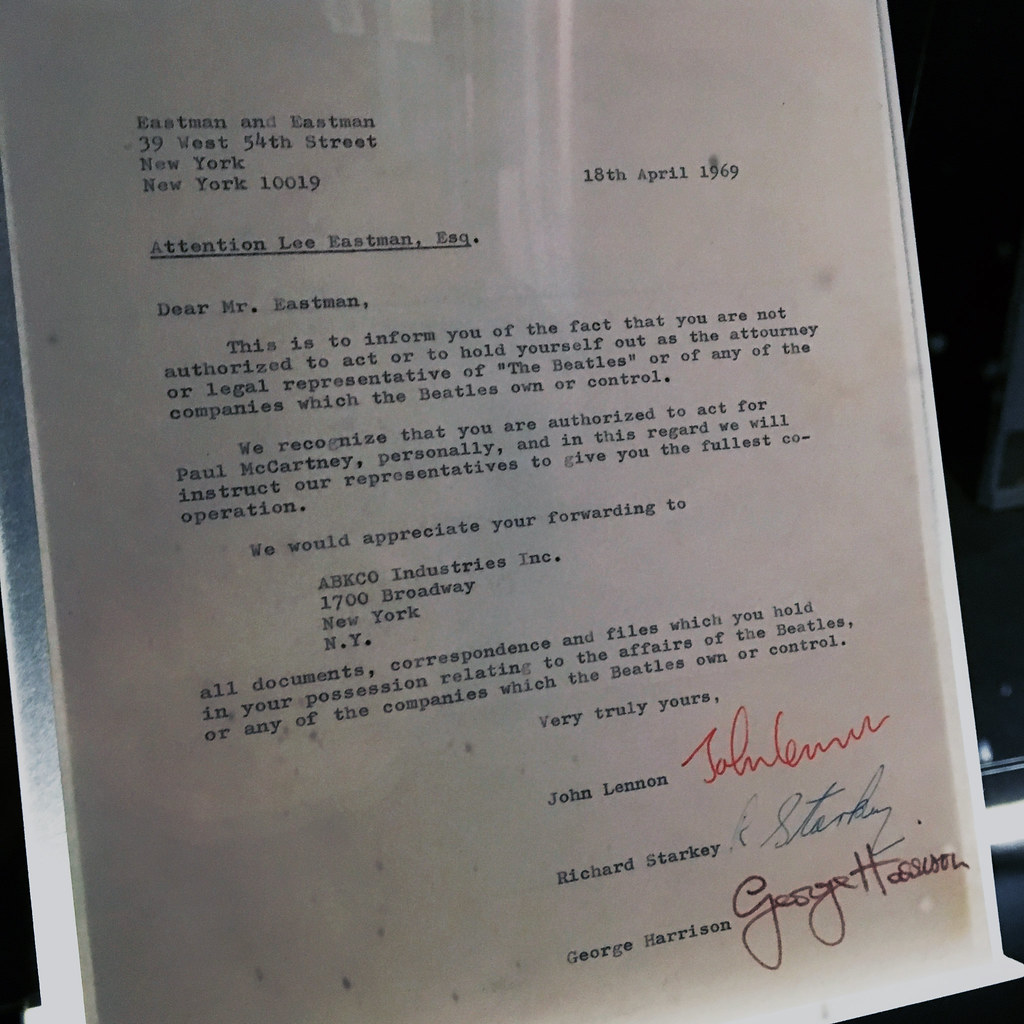 The closing down of a partnership for all the world to see is documented in this letter from three Beatles to the lawyer of the fourth Beatle. At the physical end of a Beatles exhibit earlier this year is this letter of legal wrangling. The dissolution of the group is well documented and I can't add anything here, except that to reflect on actual historical document associated with the group's demise. Good thing their music lives on and is appreciated by the next generation.
Posted by 42N at 4:30 AM No comments: 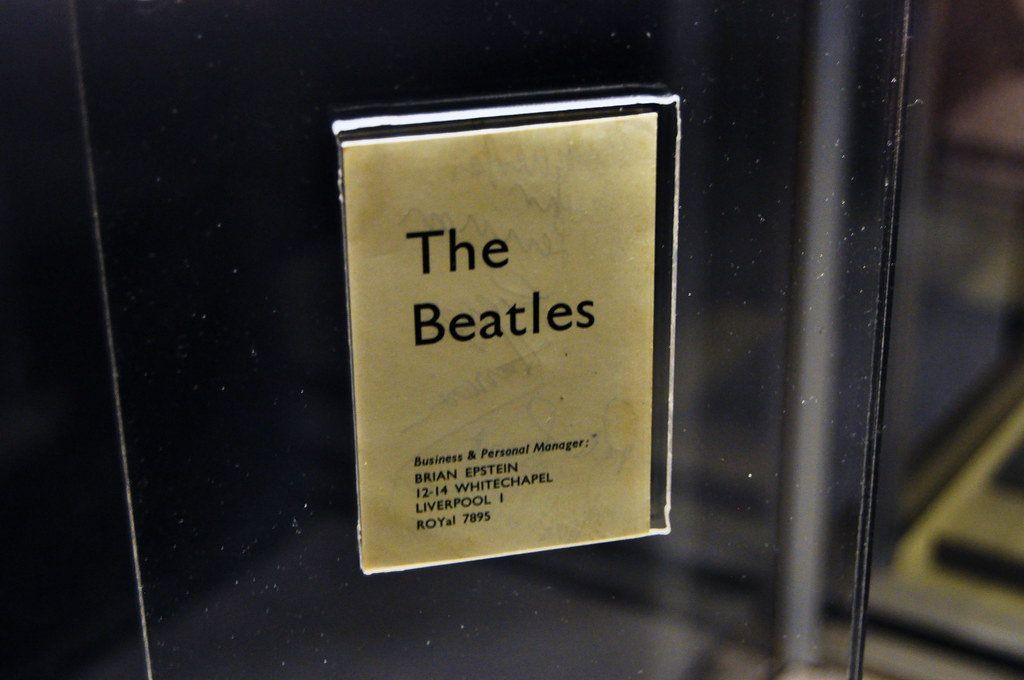 What hasn't been written about the Beatles? One of the items on display in the touring Beatles exhibit featured at Davenport's Putnum Museum earlier this year is one of two known business cards of Beatle manager Brian Epstein. While the front side is very modestly designed - a few months before their iconic logo was developed, the back side was signed by all four Beatle members at the time. 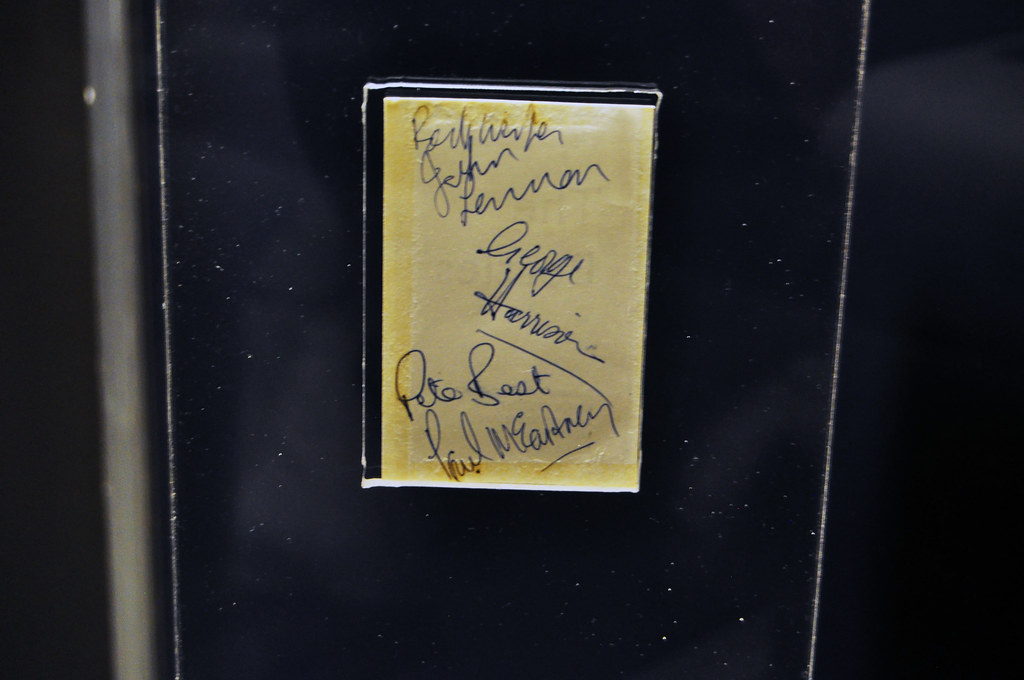 On the back side of the business card John Lennon scribbled "Best Wishes" and signed his name. George Harrison and Paul McCartney signed too. The Beatles drummer at the time, Pete Best also penned the card's back. Best was dismissed as the Beatles drummer by Brian Epstein on August 16, 1962. Two days later, Ringo Starr joined the group and the rest is Beatlemania history.
Posted by 42N at 8:39 AM No comments:

The Day After Christmas at Stone's River 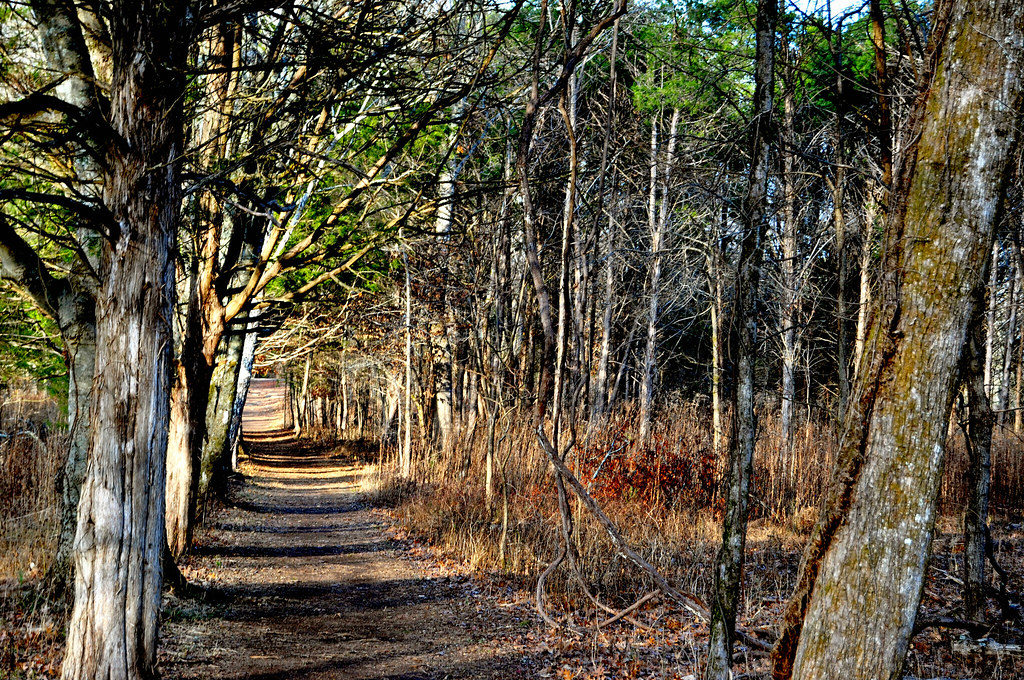 This is what the day after Christmas looks like at the Stone's River National Battlefield in Murfreesboro, Tennessee. Seven months ago I re-visited the site to further understand the grounds and what happened there during the Civil War. Outside of the first class interpretive center visitors will find several well cared for trails. This tree lined path in the park is devoid of signs and monuments but highlights the season during the golden hour with greens and reds. To complement this quiet scene is what the national cemetery located across the park's entrance becomes during the holiday season. See a future blog post.
Posted by 42N at 9:18 PM No comments: