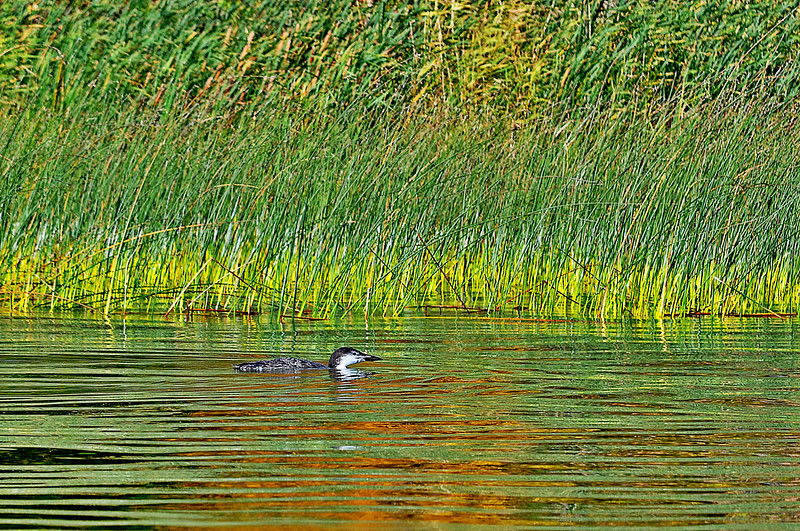 A trip to Leech Lake, Minnesota at the end of September into the first few days of October experienced both summer- and winter-like conditions. While the fishing on sunny days was slow, the chance to snap a photo of wildlife was quite good. This is a adolescent loon swimming along the shore of Bear Island looking for minnows - something the walleyes failed to do.
Posted by 42N at 1:00 AM No comments: 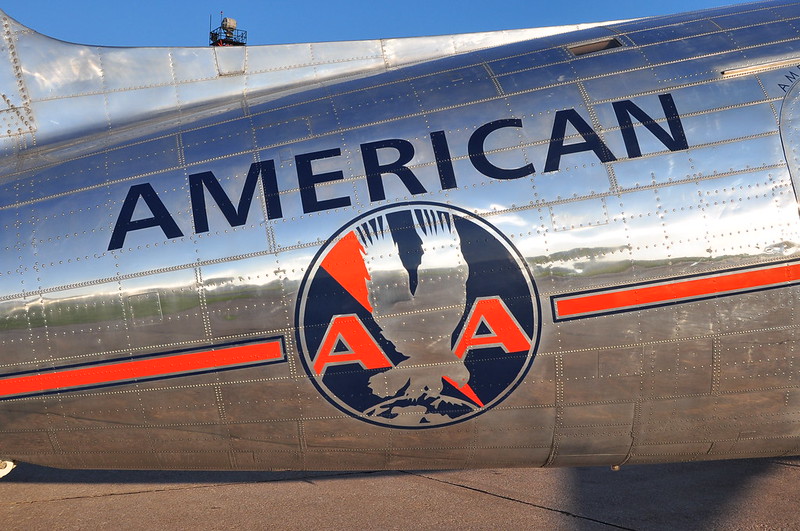 Ok one more photo from the 1937 DC-3 at the Iowa City airport last August. The shiny aluminum skin with the vintage American Airlines logo help give the almost 80 year old plane a modern look with a retro twist. If the aircraft makes a stop near you, go see it and experience something from another era but as cool as anything flying today. (The object above the aircraft, seen above the M in American, is the airport's spotlight in the background.)
Posted by 42N at 8:19 PM No comments:

Aft View of a Vintage DC-3 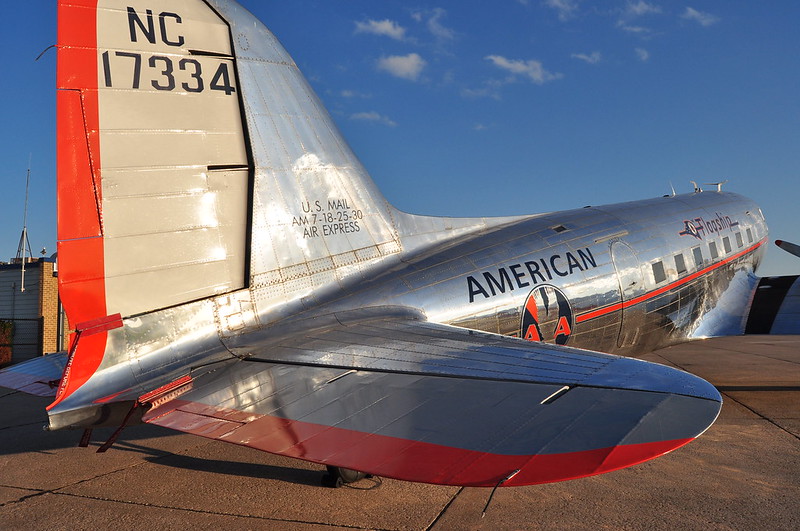 Another shot of the vintage DC-3 at the Iowa City Airport in August. The tail section has been replaced with more modern materials but it doesn't take away from the plane's beauty. Somehow my photo doesn't compare to Iowa City photographer, Juan Carlos Herrera's view of the same aft section. See his version at this link.
Posted by 42N at 2:00 AM No comments: 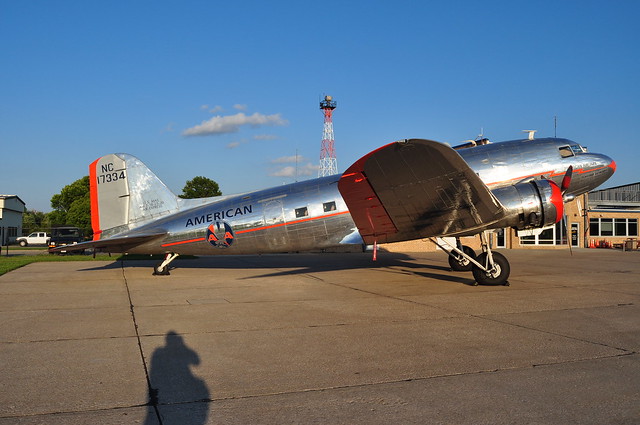 On August 19, 2014 the restored Flagship Detroit DC-3 landed at the Iowa City airport. The 21-passenger plane was restored to its original 1937 flying condition and American Airlines color scheme after an extensive two year period. 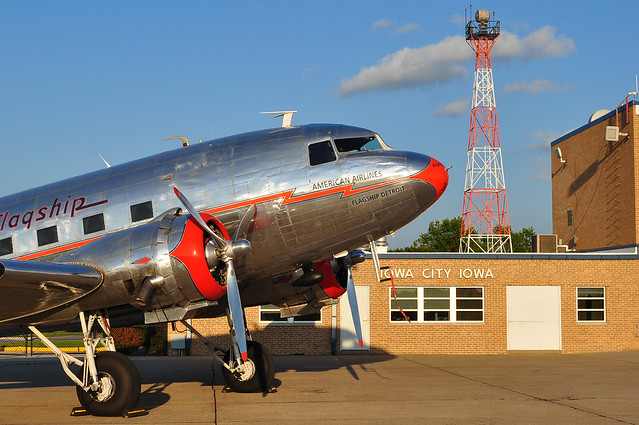 With the setting sun's rays bathing the plane in golden light, the sight through the viewfinder was unbelievable. The plane looked unreal, like a shiny toy against a fake background. It didn't belong here - in our modern world. It took some adjustment to believe what was before me. 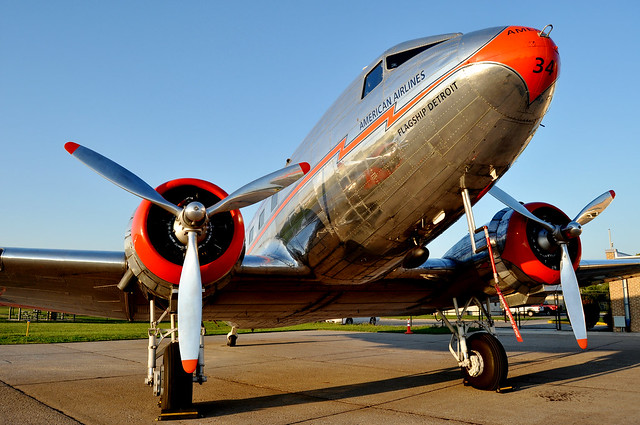 The Flagship Detroit is based at an American Airlines hanger in Tulsa. The plane makes appearances at many airshows throughout the year including the one at Greeley, Colorado, the destination following Iowa City. 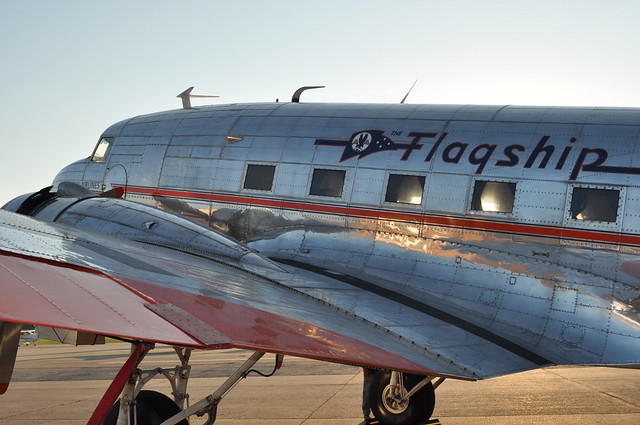 The crew had just left the plane for the evening before I arrived. Earlier in the day for a person could join the plane's foundation for $150 and receive a ride. While that sounded tempting, the airport manager said that the plane would be flying to Greeley directly the next morning. Read about the plane here from the Gazette.
Posted by 42N at 12:01 AM 1 comment: 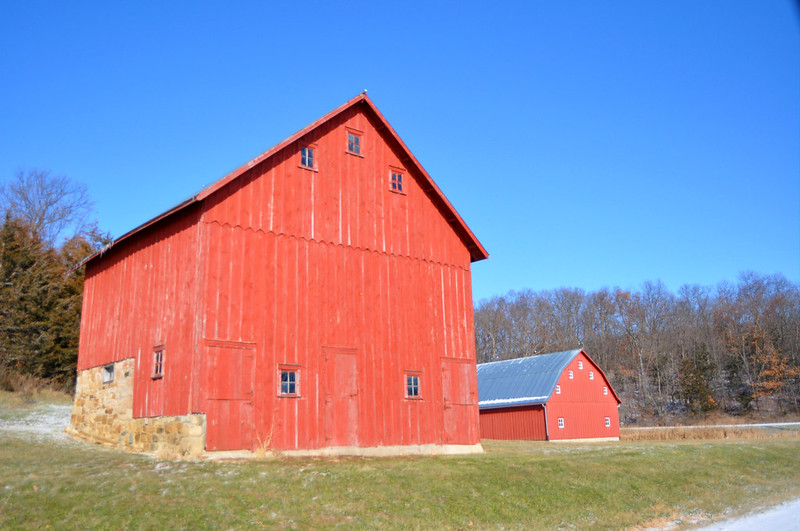 A ride down the river road from Main Amana, Iowa to just south of Swisher led past these two barns during Thanksgiving day. The air temp was frigid partly because of the cloudless skies. And this being two thirds into Fall it also meant most of the leaves are gone from the trees. These conditions produce striking looks at the area's main industry - farming. 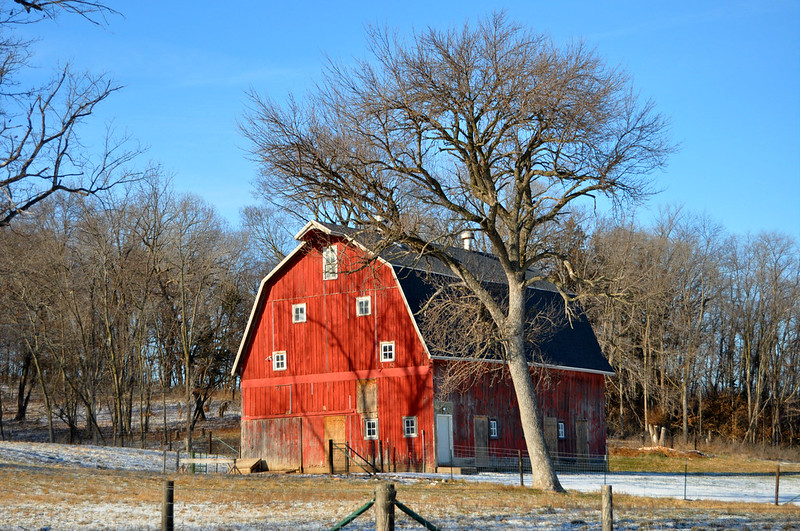 A few miles east of the first two barns on the river road is this old beauty. The farm property has a large circle P logo on it. No sign of livestock on this trip.
Posted by 42N at 7:32 PM 1 comment:

Spring Thinking Near the End of Fall 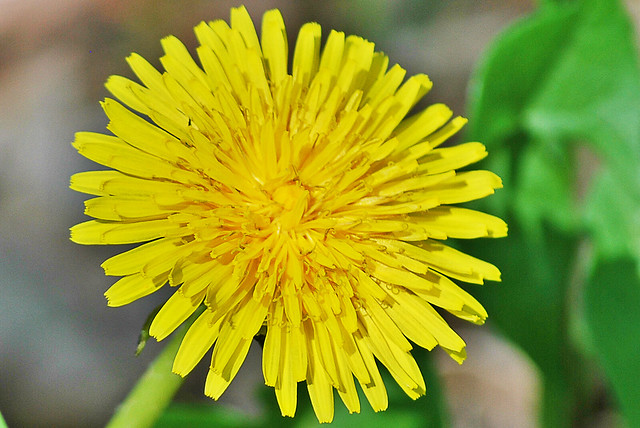 Here along the mid-northern latitudes, the race from Fall to Winter is in full gear. To lessen the impact of warm temperatures sliding back into winter's grasp, here is a icon image from late May 2014 to help ward off any polar vortex - maybe.
Posted by 42N at 3:21 PM No comments: 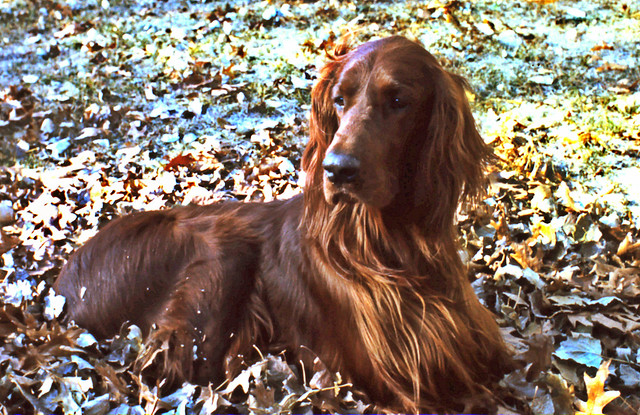 Rusty, our family dog, loved to play in the leaves. He also was a very photogenic Irish Setter and liked to pose for me. This leaf pile photo was taken on Thanksgiving 1976.
Posted by 42N at 10:03 AM 1 comment: