On Thursday, July 19, 2018, a F3 tornado damaged much of downtown Marshalltown, Iowa including the Lennox International factory. This clip shows the north side of the factory along East Main Street traveling west.
Posted by 42N at 10:34 PM No comments:


On Thursday afternoon July 19th, a F3 tornado struck Lennox International, severely damaging the Marshalltown, Iowa factory. This clip shows the office portion of the factory on the west side of the property. I'm told these offices were constructed in the 1920s and in later decades. You can see the damage to the offices as well as some of the factory collapse.

As of July 30th Lennox has pledged to rebuild the factory and donate $500,000 to the city of Marshalltown for cleanup and restoration efforts.
Posted by 42N at 10:21 PM No comments:


Aftermath of the F3 tornado damage to the Lennox International factory in Marshalltown, Iowa. The tornado struck on Thursday afternoon, July 19. This footage was shot two days later on Saturday, July 21, 2018.

The clip shows the far eastern portion of the factory and the small brick house across the street. As of July 30th, Lennox has pledged to re-build the factory and has offered $500,000 to the general Marshalltown cleanup effort.
Posted by 42N at 9:23 PM No comments:

A Photo from WWII Okinawa 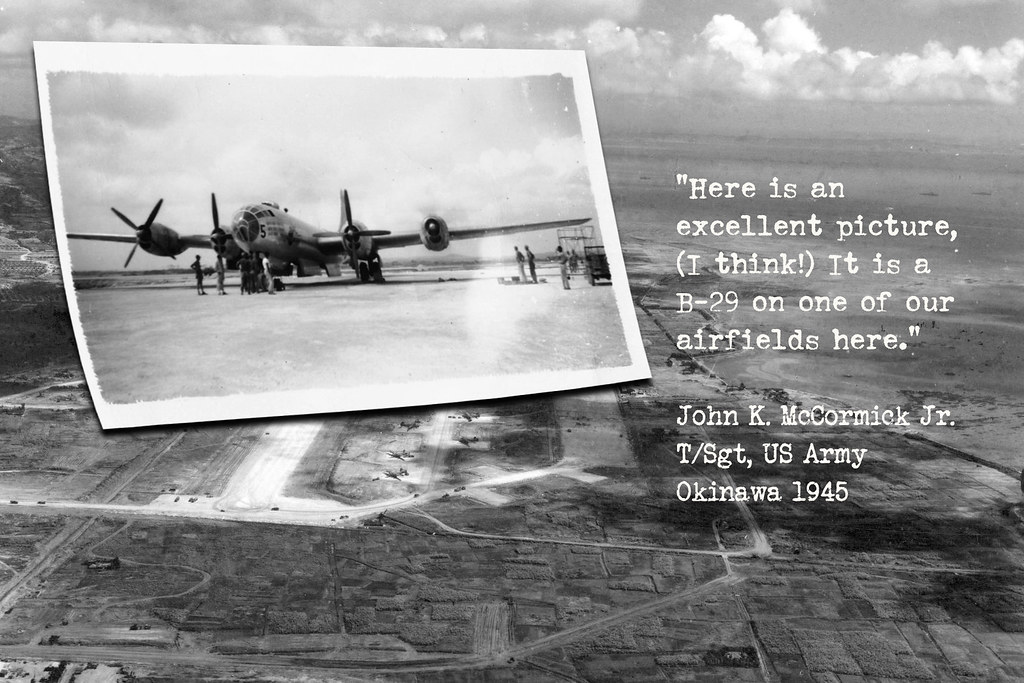 At a recent estate sale I purchased several World War II-era photos which are attributable to John K. McCormick Jr., a former U.S. Army soldier who was stationed on Okinawa, following the fierce fighting against Japanese forces. Several images show day-to-day army life on the island, with only a few snapshots displaying air power. On the photo's backside, John wrote a sentence or two about the image's subject matter, adding to the overall record of the historic time period. As a Photoshop design experiment, I scanned John's photo and reposted the description content onto an aerial photo (different source) of the WWII Okinawa airfield. The final composite brings John's image into greater historical context.
Posted by 42N at 5:30 AM No comments:

Email ThisBlogThis!Share to TwitterShare to FacebookShare to Pinterest
Labels: B-29, Japan, Okinawa, soldier, US Army, WWII 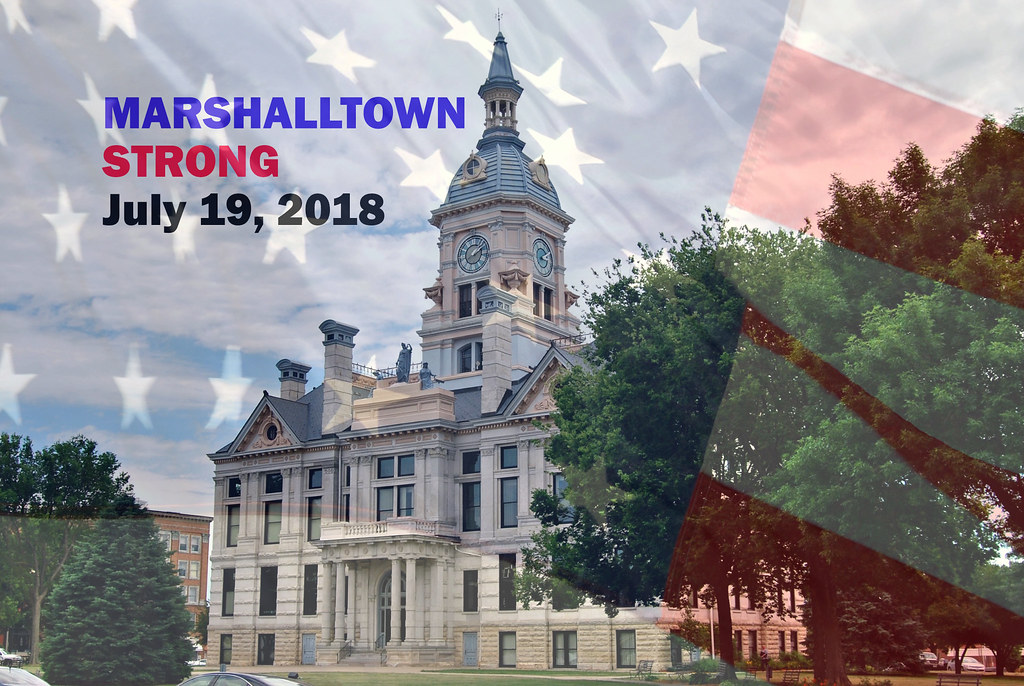 On Thursday, July 19th a F3 tornado ripped downtown Marshalltown, Iowa. Fortunately there were no deaths or serious injuries associated with the tornado but property damage was extensive including this 1880-era courthouse. It will take months and years before normalcy returns to the town of 26,000.

I took several photos of the devastation and posted them on Facebook. I will post several here.
Posted by 42N at 9:15 PM No comments:

Just in Case You Need N741AC 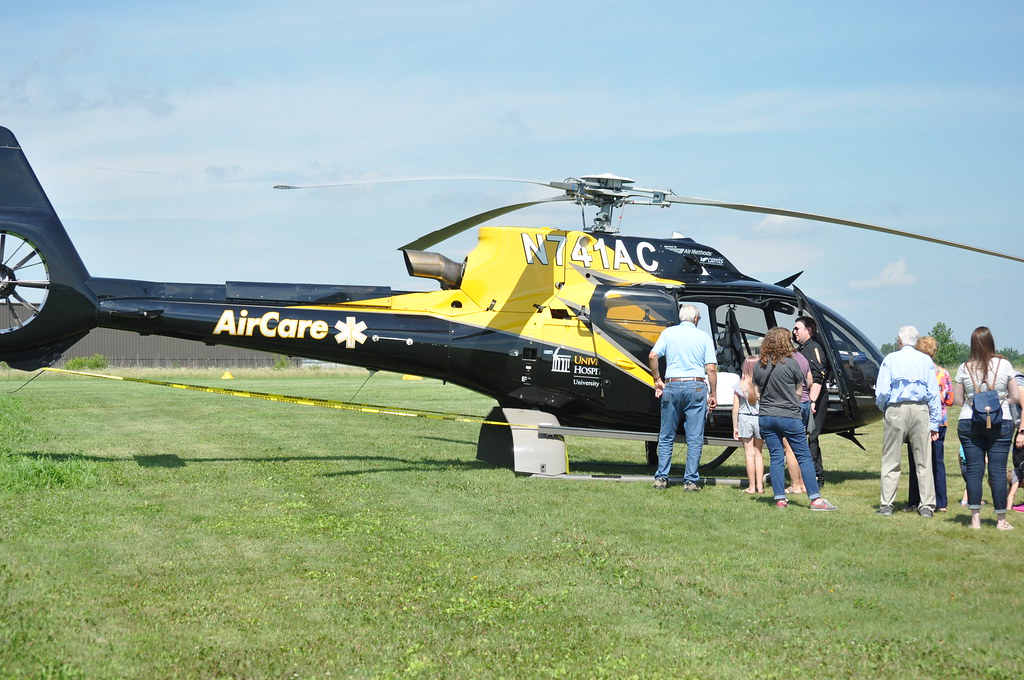 Outside of static displays such as this, if you see a black and gold aircare helicopter on the scene somewhere in eastern Iowa it is usually serious business for an injured citizen. 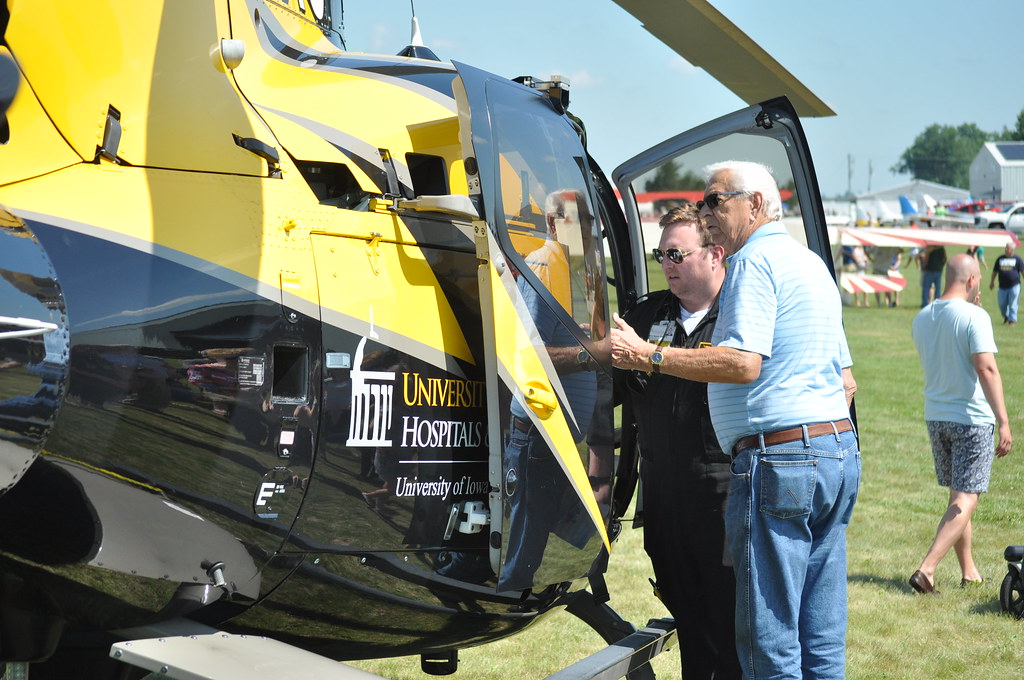 On this occasion, the annual Marion (Iowa) fly-in, helicopters from local hospitals make a visit along with several small planes, classic cars and assorted robotics just ahead of the July 4th celebration. 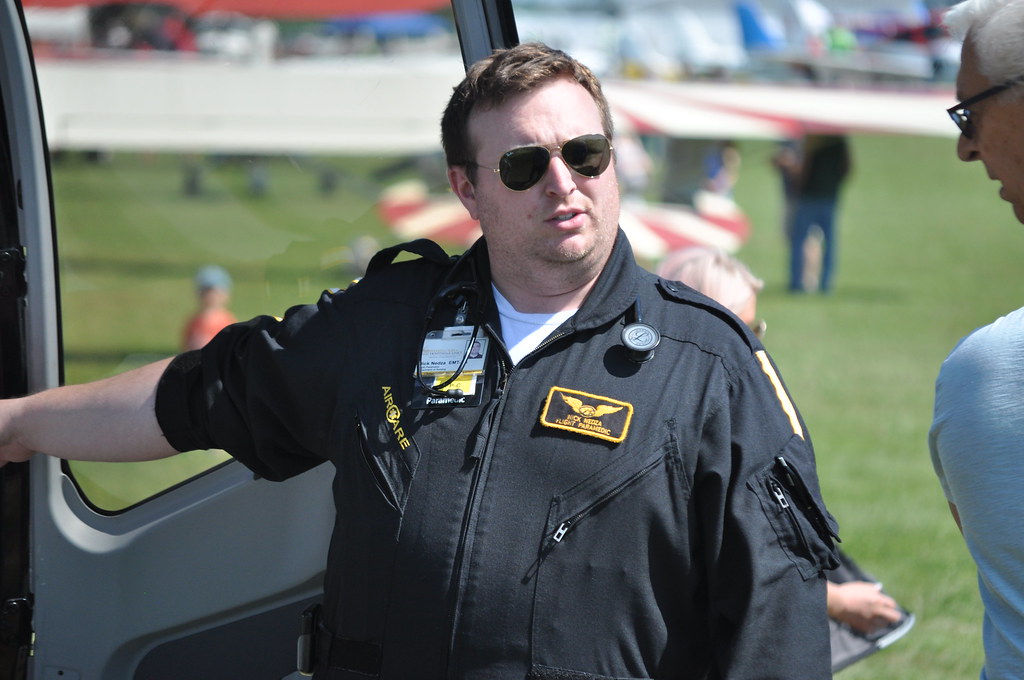 The copter's EMT gives a quick overview of the purpose of the mobile platform based at the University of Iowa Hospitals and Clinics in Iowa City. 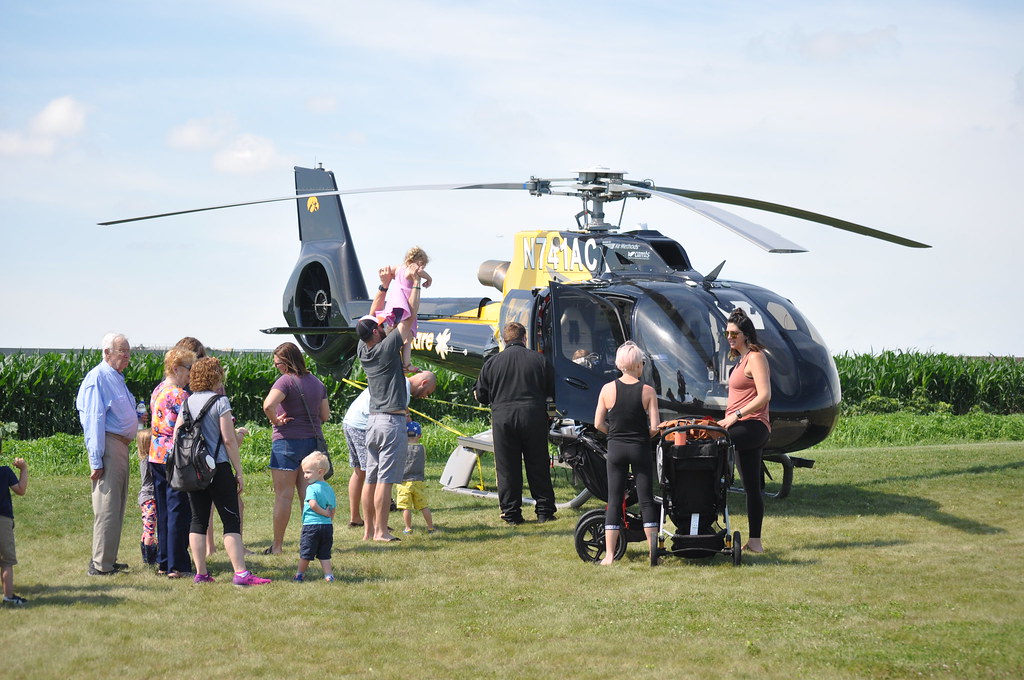 Many families stand in line to let their kids to see the UI helicopter and have a chance to sit at the controls. This is a 2014 Eurocopter 130 T2. 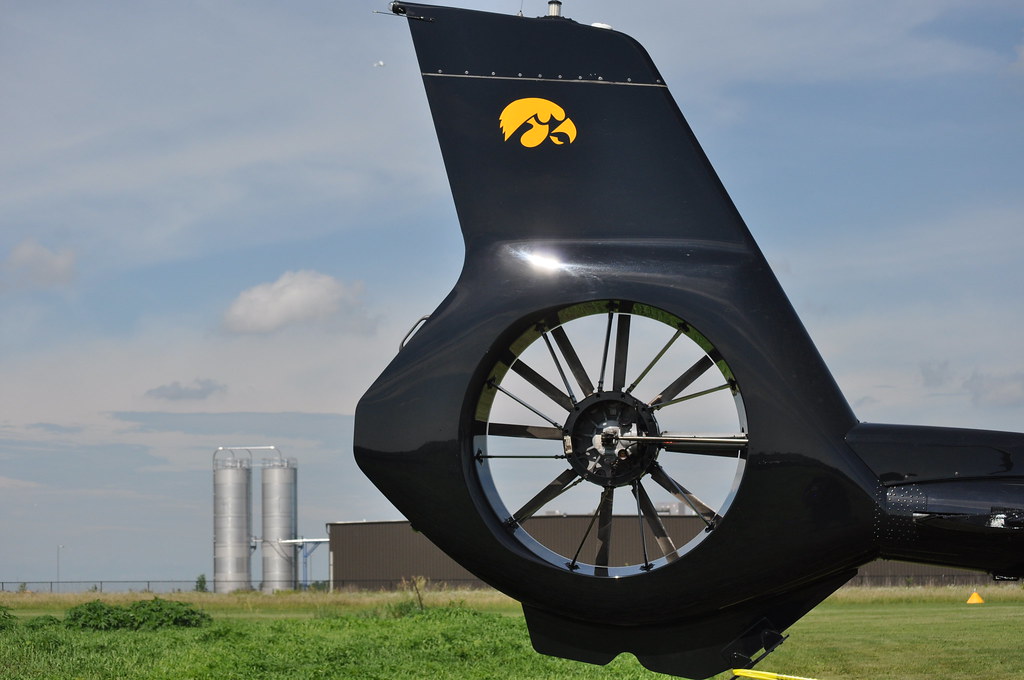 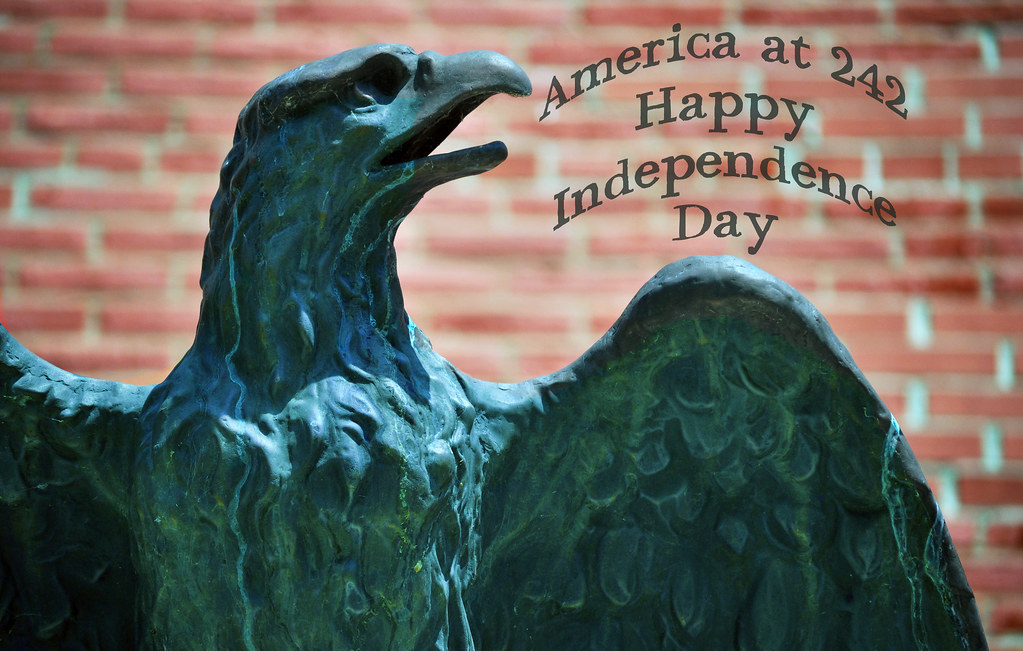 A birthday greeting from the Clayton Country courthouse in Elkader, Iowa.
Posted by 42N at 10:32 PM No comments: 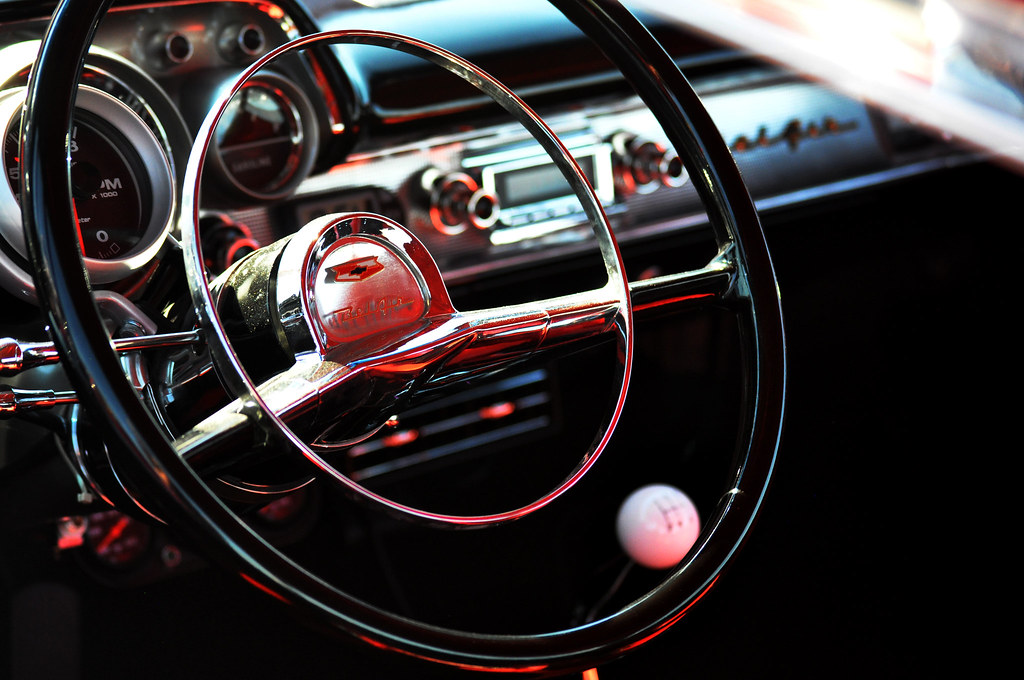 At last weekend's Marion (Iowa) fly-in a selection of classic cars displayed their best chrome and hot paint finishes. This 1956 Chevy Bel Air interior is a show stopper with all its original and modified shine. The guy that owns the car says he has invested a bunch of dollars into some of the latter restoration projects. He hopes that investment will at least keep the car's value up but really doesn't know. He is more proud of the show quality of the half century old Chevy than selling at the moment.
Posted by 42N at 8:08 PM No comments: