Looking for the Jailhouse Keys to Overton County, Tennessee 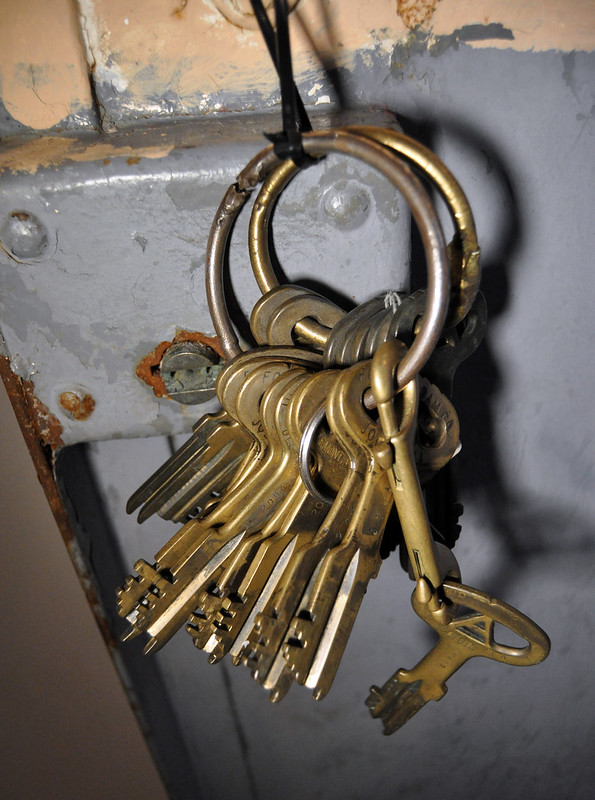 Back in the day if you found yourself as a guest in the Overton County Jail, chances are you might have seen these keys in action. While now part of the county's history museum in Livingston, these well-worn keys can still seal or open the doors to simulated incarceration or conversely, to freedom. It all depends on your outlook and, of course, bailability.
Posted by 42N at 9:52 PM No comments: 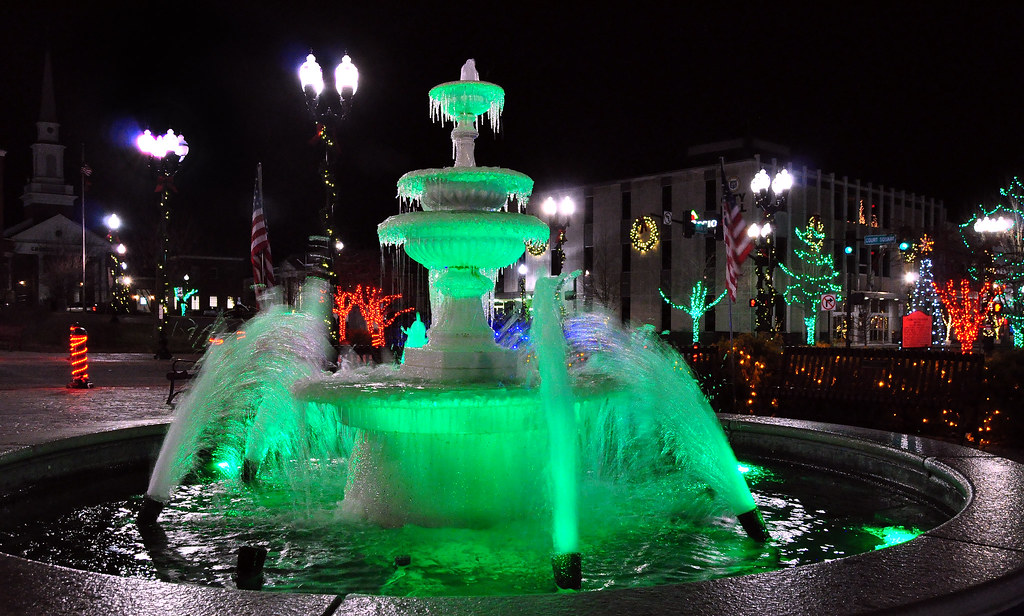 McMinnville, Tennessee is home to the Warren County seat. In the town's square, a running fountain and surrounding displays were decked out with the lights of the season last month. 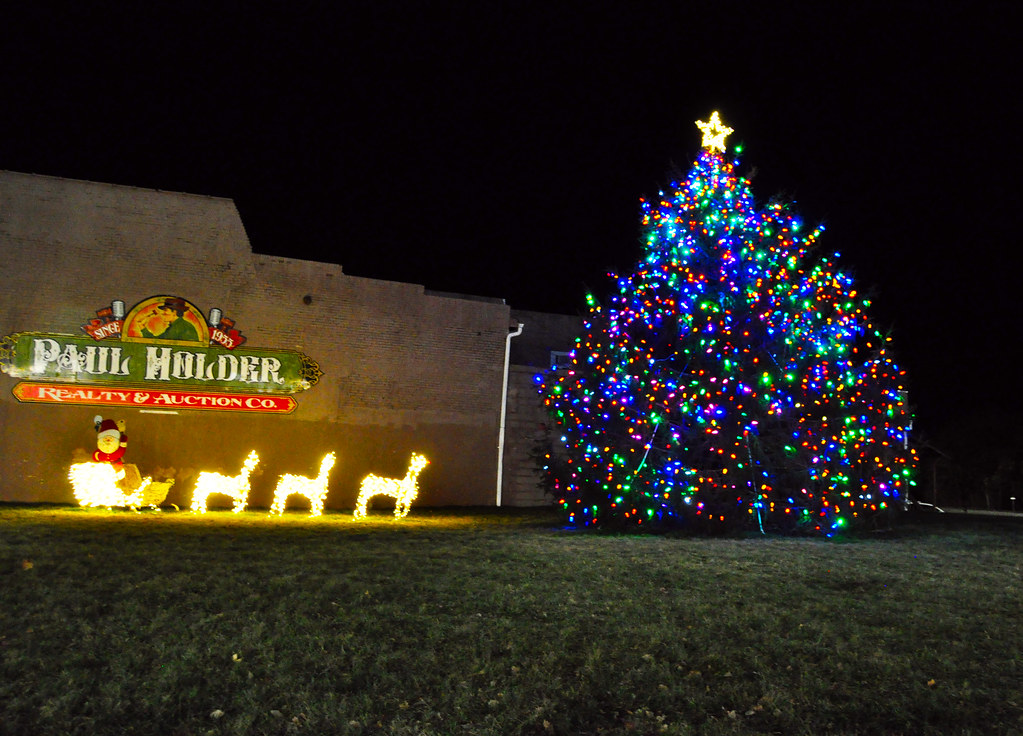 Despite cold nighttime temperatures in the low teens during the Christmas week, the city display featured a full spectrum of color without a trace of snow. 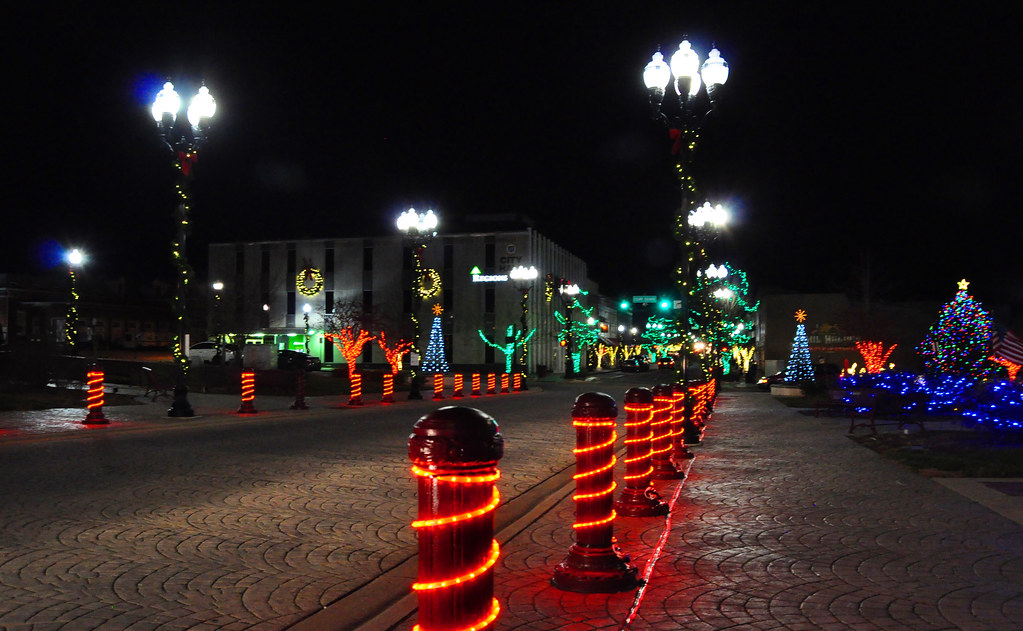 Main Street's glow was a spectacular sight even for those foolish enough to venture out and photograph the displays in the freezing temperatures. 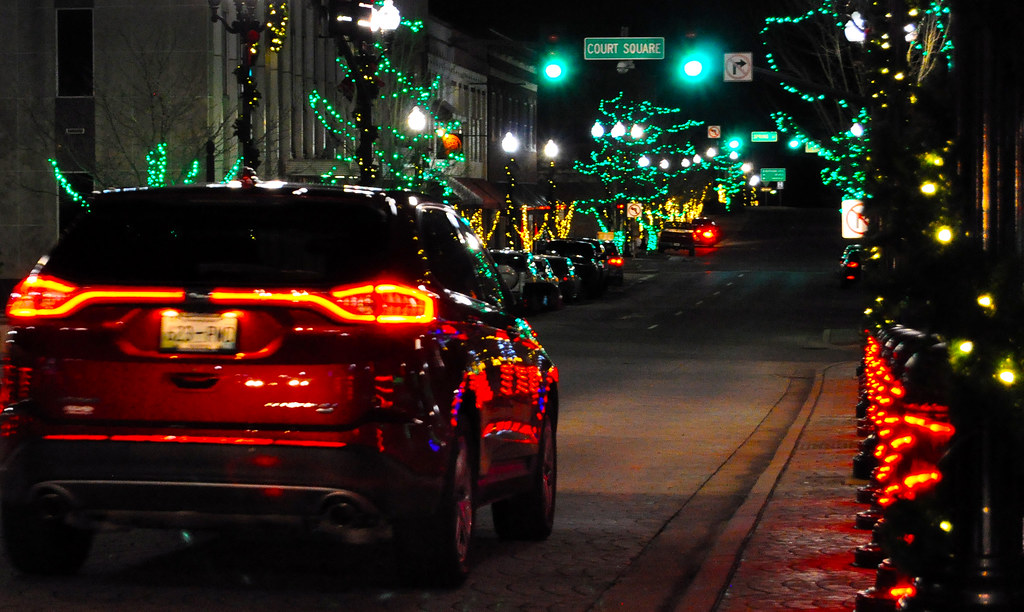 After seeing me and my tripod gear in or near the street, drivers in passing cars stopped in the middle of the road, rolled down their windows, learned out and snapped photos from their cell phones of the lite landscape. They had the good sense to keep warm and only were exposed for a few moments of the seasonally cold Tennessee weather.
Posted by 42N at 11:01 PM 2 comments: 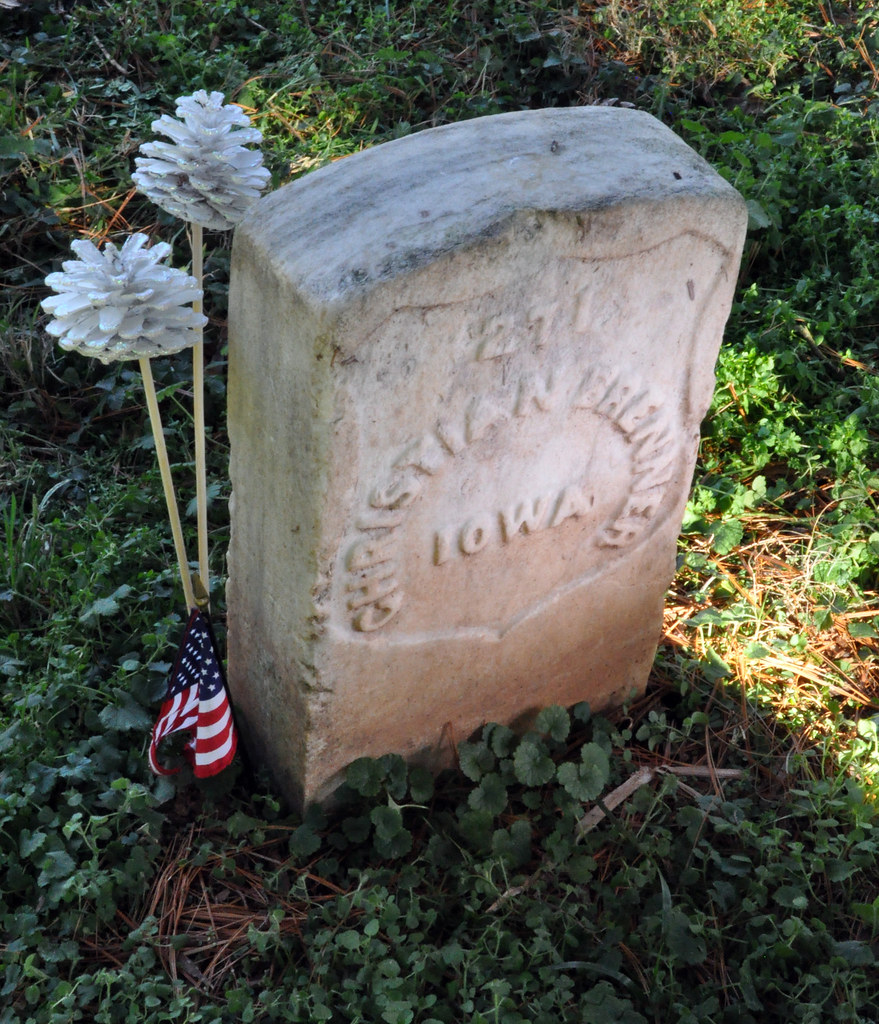 Today is the 155th anniversary of the end of the Battle of Stones River in Murfreesboro, Tennessee. Last week I visited the battlefield to see an adopted Iowa soldier's grave, Christian Brenner. He died following the Battle of Nashville and was later interred at Stones River. 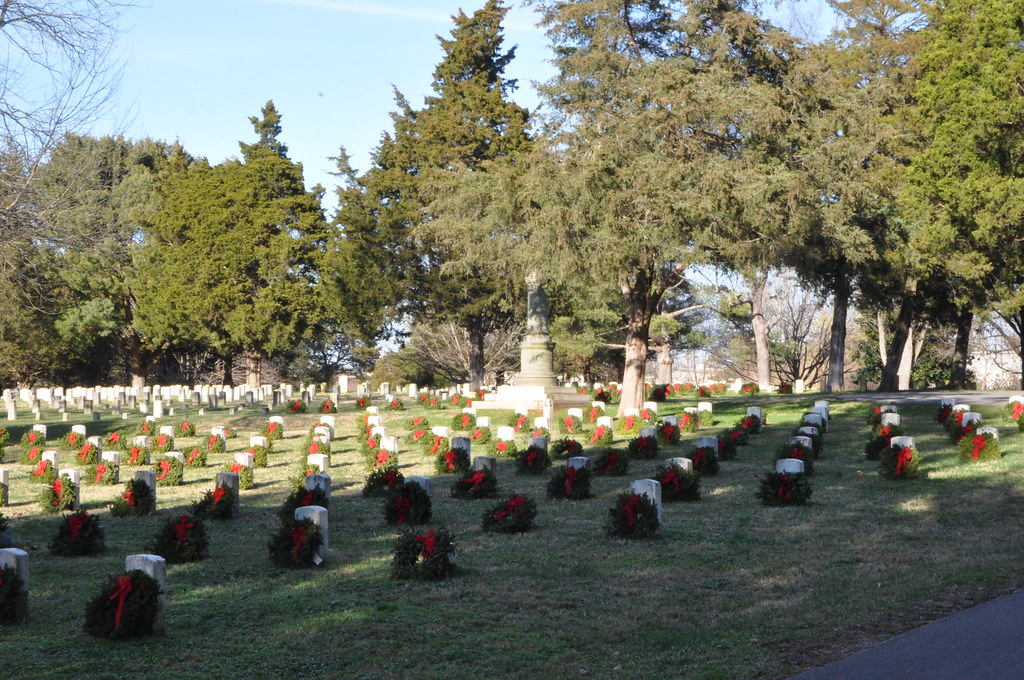 Wreaths Across America, the national organization provides balsam wreaths with hand tied red bows for veteran's graves at participating cemeteries like the Stones River National Cemetery. This year was the second time that I have seen the wreaths placed, in part, within the Murfreesboro landmark. 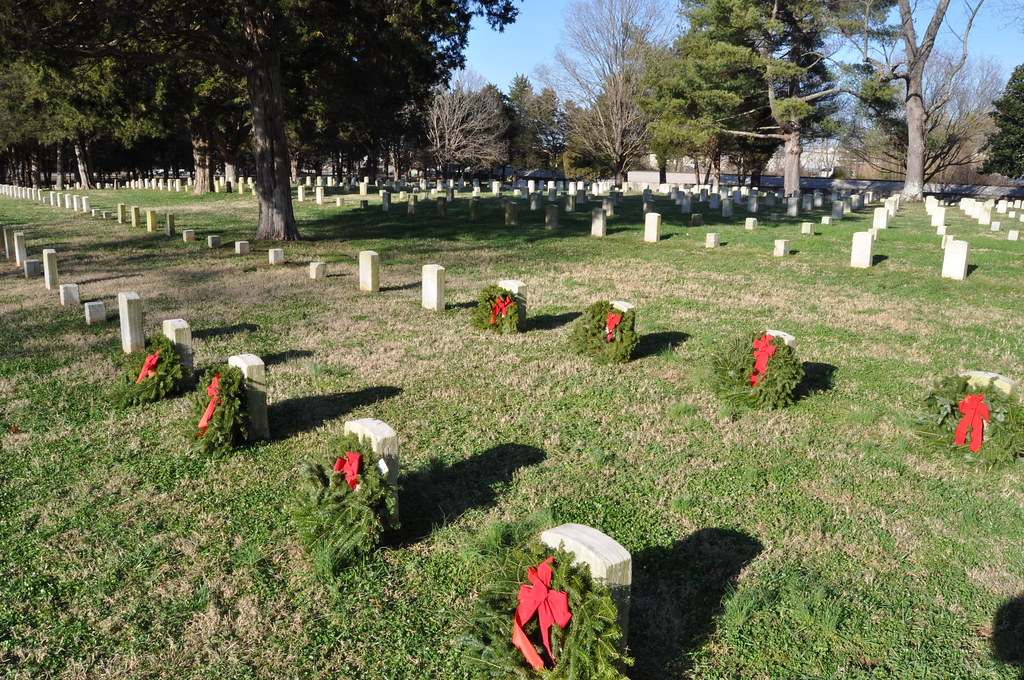 According to the organization's website their goal is to annually provide wreaths to veterans' graves at all U.S. related cemeteries. 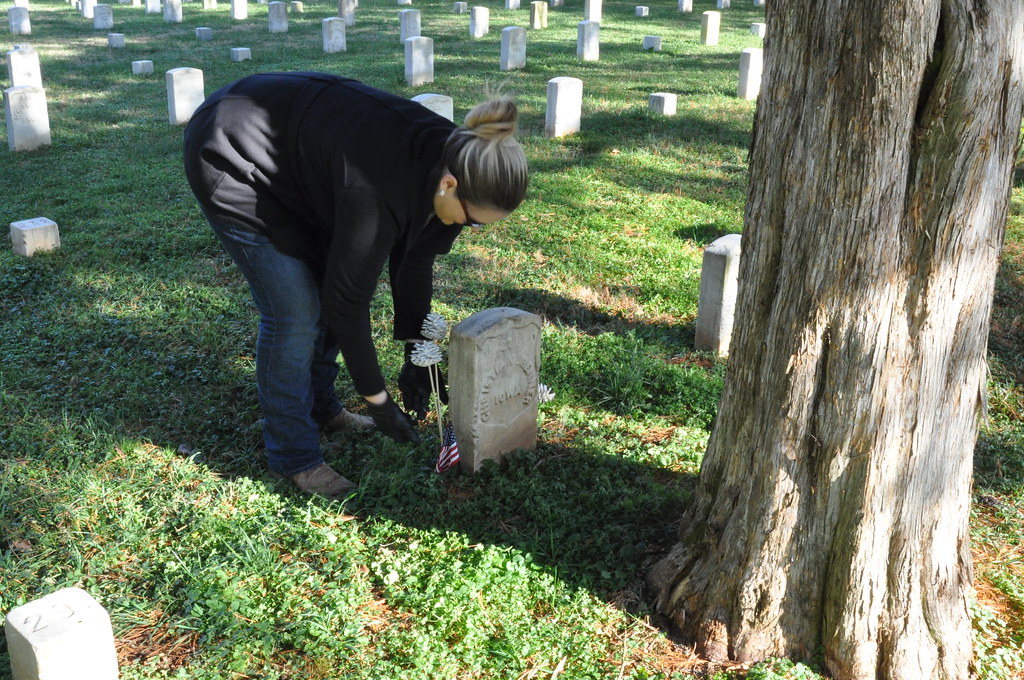 While Wreaths Across America provides a substantial amount of wreaths for Stone River, there is a budget and therefore not all graves receive a wreath. Knowing that Christian Brenner's grave (number 271) is located about two thirds the way from the entrance, his grave doesn't receive an annual wreath. So the 42N team purchased decorative white pine cones and placed them on his grave, having not been able to find a wreath at local floral stores on the day we visited. Nearby another Iowa veteran, I. Harrington, is also buried.  The team placed a white pine cone on his grave too.
Posted by 42N at 11:03 PM No comments: 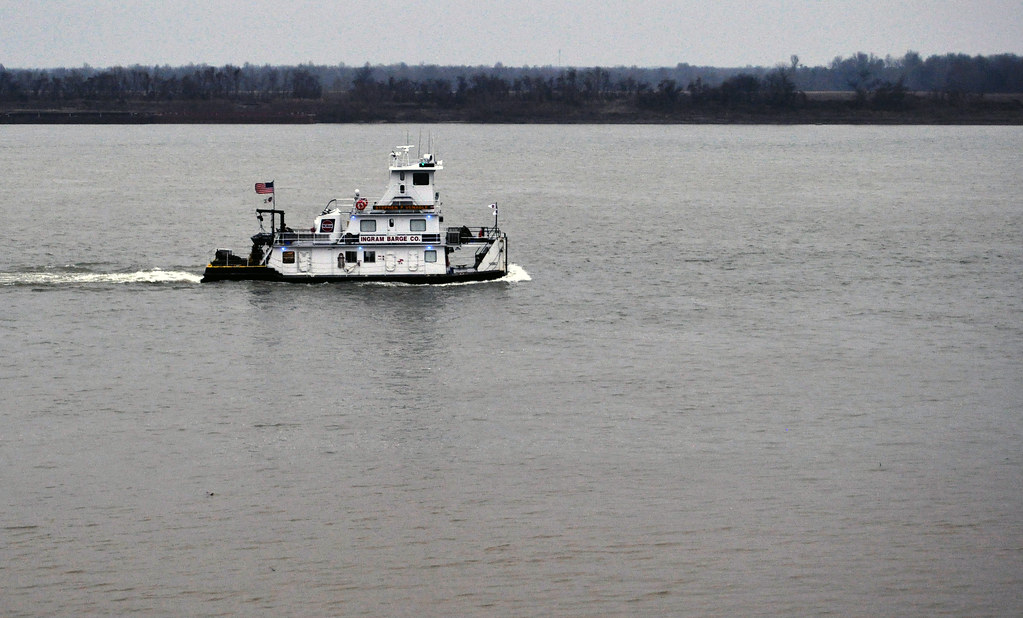 The Ingram tug, Stephen P. Venable makes her way upriver near the Port of Paducah, KY on the Ohio River on December 23, 2017 in late afternoon. This view is from the Fort Massac area where the monuments to the past overlook the present day work boats. About a week later, arctic air passed through this area, leading to ice formations on the river and a halt to barge traffic on the Ohio for the moment.
Posted by 42N at 10:30 AM No comments: