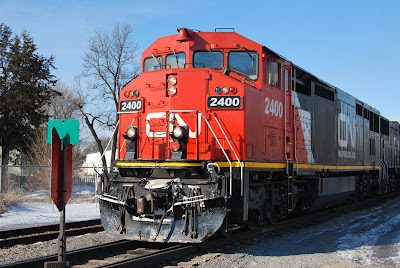 Its just the beginning of 2011. After a few centuries of the railroad experience one expects new technologies in every aspect of railroad yard operation - making it run efficent and effortlessly - or so it would seem. This Canadian National locomotive (number 2400) slowly moves towards and past 42N near the rail yard in Waterloo, Iowa in preparation of switching tracks. 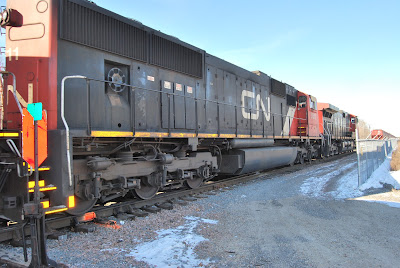 Note the three engine configuration is on the track closest to the photographer. It is still moving slowly from right to left. 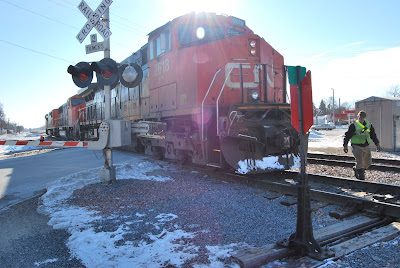 As the train stops, a man appears from the opposite side of the locomotive and approaches a green and red switch in the foreground. 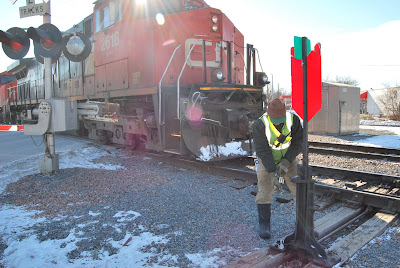 The switch man says hello to the 42N team and then unlocks the device. 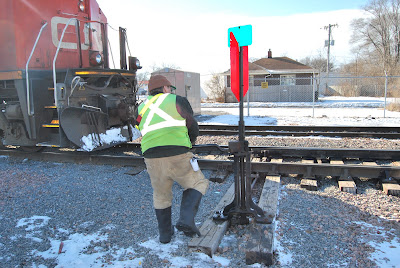 Our neon glow switch man then physically pulls a level arm up from the locked position and positions it 90 degrees to the switch post. 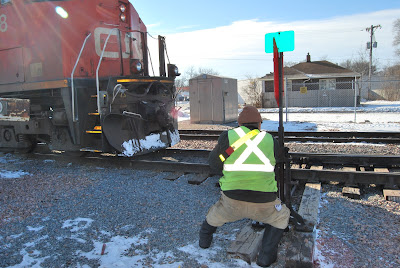 He then pulls the arm from left to right. Mechanically this action moves a portion of the double rail track that will direct the locomotives to the next line. 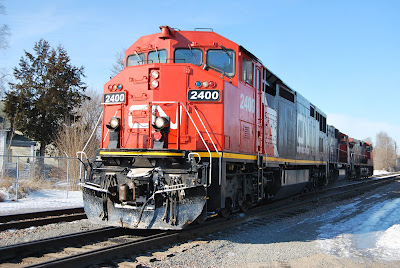 After the switch is in place the CN locomotives move back towards the rail yard for its next task. In this last photo the train is in the middle of the cross over manuever as it moves left to right - made possible by a switched track physically moved by one person. Within the 21st century there is still plenty of physical work performed to keep the rails moving. Know that.
Posted by 42N at 9:12 PM