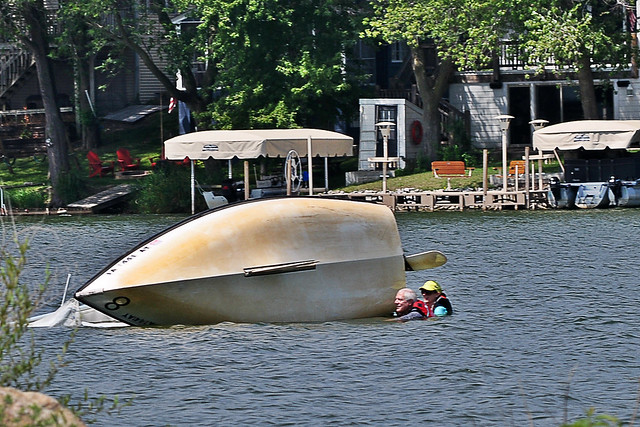 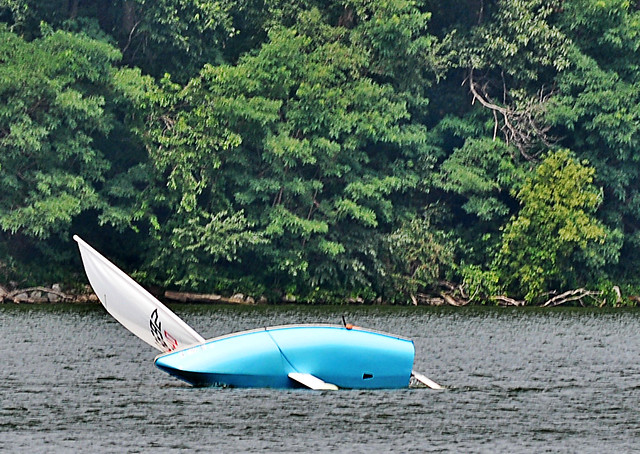 Fortunately in both cases the crew was able to right the sailboat and climb back without too many injuries. Several close-by boats maneuvered to help but in both cases the downed crews said they were okay. I suppose if someone watched the rented boats leave the harbor and tac on the lake they would see this same sight repeated every weekend during the summer. Inexperienced sailors learned the hard way how to ride the waves. Crews from both boats wore life vests which probably saved them but not their electronics.
Posted by 42N at 8:30 PM