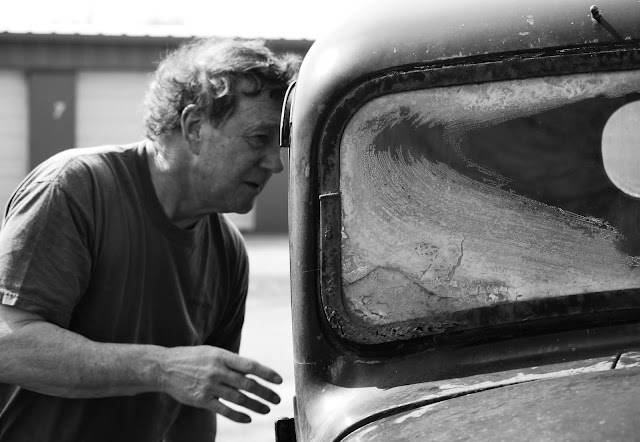 A 42N area owner of a 1937 Chevrolet pickup truck looks through the passenger window of his prize possession explaining why his investment hasn't been realized. He has dreams of restoring the half-ton vehicle to show worthy status someday. But that day has not yet materialized. 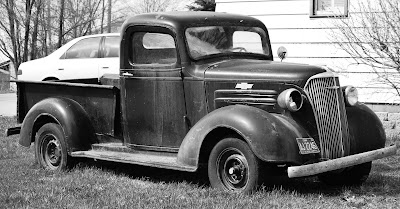 The truck was been kept indoors for several years after he purchased it over a decade ago. Things changed when the building owner notified him about the property being sold so he had to vacate the storage area.

Since then the 74-year old antique makes its home outdoors next to its owner's garage, exposed to the elements and various gnawing rodents. While this Chevy has much of its original equipment, the toll of time means things need attention like the windshield, the engine, the door frame, and the fill in the blank several times here. 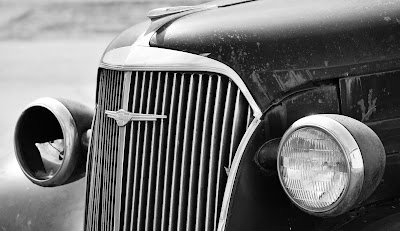 The owner received many estimates from professional and hobbyist restorers who concur as to the price of transforming his pickup into a quality showoff vehicle. By several estimates the price to dial this baby up could exceed the potential sale price for a 1937 vehicle in tip-top restored condition. That is one reason why this owner hasn't restored yet.

But the real reason this truck has not been brought into the flashiness of the twenty-first century was something more pressing - his child's education. Our pickup owner and his wife saved their income to help offset college expenses for their daughter rather than restore the truck. Their daughter has since graduated, moved away and is employed as a nurse in Wisconsin.
A neighbor recently offered an indoor storage option for the pickup just a few blocks away. The owner thinks that he will place his early pickup in storage while considering ways to bring the '37 Chevy back to life. His goal is to someday drive the restored pickup to visit his daughter in Wisconsin - and make it back to Iowa without falling a part. Know that.
Posted by 42N at 11:16 PM